Supported by Roscommon County Council John will be performing a short facebook performance at 5.30pm for two weeks during May to give you all a little treat at tea time! More details to follow.

From the opening notes of the first tune to the closing notes of the last, the inventive playing of the Cartys (father, son, uncle/ brother) reveals the joy and freshness that traditional music can offer, whether it comes from the pen of a friend or is mined from deep within the archives. Both energetic and tender, it is heartening and uplifting to hear such spirited music. Congratulations to all involved. – Kevin Burke

The notion that music can influence your thoughts, feelings, and behaviours probably doesn’t come as much of a surprise. But it’s a rare and quite magical thing when certain music has the capacity to speak to us on both a physical and emotional level. It relaxes the mind, energizes the body and has the power to transport us to an otherworldly place.This recording epitomises all that I’ve referenced above along with a healthy dollop of other stuff that I can’t quite put into words. On ‘The Wavy Bow Collection’ there’s an extra special dimension added when listening to a Father and Son interact musically. For John and James, having a tune is like having a chat. It’s completely natural, unhurried and navigated with a healthy mix of respect and humour. Over the past week it’s been my constant companion whilst out biking or running around the streets of New York and I think it’s gonna be with me for a while yet. –  Kevin Crawford

Music Generation Leitrim Youth Trad Orchestra announce the appointment of John Carty and Aidan Shannon as directors of the Orchestra who along with Lorraine Sweeney will lead the development of the new music project, which will be based in Drumshanbo. Composer Michael Rooney is selected to develop a new suite of music. 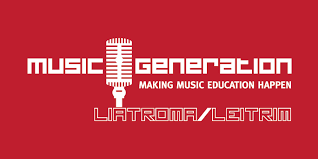